“Humans love laws and seek predictability. But like our Universe, which thrives on entropy, we need disorder to flourish" - Alan Lightman

When I came to OAC in 2015, I was not a painter. I had studied painting years ago, but had focused on sculpture and drawing since 1985. For the decade and a half prior to this residency, my work had centered around an exploration of pattern and code as a set of generative or self-organizing systems. Through processes of repetition, sequence and dispersal I constructed complex images consisting of simple, consecutive “bits” of information. This body of work began as a studio exercise that was designed in part to remove Personal Narrative from any reading of the finished works.

This practice was well suited to my life before residency. With a full-time job and a daughter at home, a practice so easily stepped into or out of was beneficial. In this place – where my studio time became virtually limitless – I wanted to move through ideas more rapidly that this meticulous and time-consuming practice would allow. I began to experiment – tentatively at first, but then more widely and wildly - producing five large, interconnected bodies of work in 4 1/2 years.

I’ve been making things and experimenting with materials for over 40 years. Both my work and the practices from which it came have taken many forms. But I find myself continuously circling back toward formal abstraction. When working with the purely abstract – you are never dealing with a simple “what”, but always with an endless “what if”. At times a painting I have struggled with for months has been saved through such a small act as the addition of a single brush stroke, or simply by turning it upside down. Personal Narrative has also returned to the work, but manifests as a form, a structure or a color scheme. The clearest glimpse of a personal experience behind any given painting is most evident through the work’s title.

I don’t know exactly where this new work is leading me. But I am fairly certain that it will lead me to continue chasing chaos.

Chasing Chaos is the final stage of my search for order in natural form. To step outside the human perspective, these paintings occupy a space which could theoretically be located at any time or any scale of existence. Patterns of light gradation construct form as the color spectrum is used to represent the root building blocks to dimensionality.

Through an exploratory process of deconstructing natural order, I discovered several root elements to the structures of nature. I studied these “bits” of truth and sought to use them as the building blocks from which my own creations could emerge. Through this work, I inevitably became what I would deem an obsessive collector of “universal code”.

From atoms to entire galaxies there is an inherent sense of visual familiarity in both the description of root elements and the processes by which these root elements combine and change over time. Information appears to organize itself in a predictive rhythmical manner. There is an oscillatory quality to the transformation and growth of structure over time. The probabilistic yet predictive aspects to these algorithms underlie all types of natural formative processes. The system can be described as the simultaneous  pushing and pulling of these root elements through known algorithms of information processing.

The consistency of form implies that there is a strong sense of purpose and directionality in nature. However, for as long as there is uncertainty about whether or not the code actually represents information of an external source environment or if it is just a reflection of the system through which it is being observed by, then no specific meaning can be retracted from the pursuit of this study.

Discovery begins where the predictable patterns break down. Only a creator can play at the boundary of chaos and order. The extraordinary complexity and interactions of systems yields the appearance of chaos within consensus reality, but is this true randomness or is it simply an ignorance to the full set of facts. In all of the known universe, the human mind seems to be the most accurate portrayal of what could be deemed a chaos generator.

By pushing my collection of universal root elements through the “chaos generator” that is my mind I can choose to follow universal codes for pattern formation or to break the pattern. Within this choice, new worlds are born. Yet even within this attempted state of pushing complexity to the limits of meaning, there is still the reinstatement of a quality of sameness and a calling for me to reach even closer to the chasing of chaos. For if there is no absolute chaos, therein lies a great threat to the will. Even if all information could be known, I refuse to believe that the “I” is just another quantity. Wisdom states harmony between the seeking of order the respect for the magic of chaos. 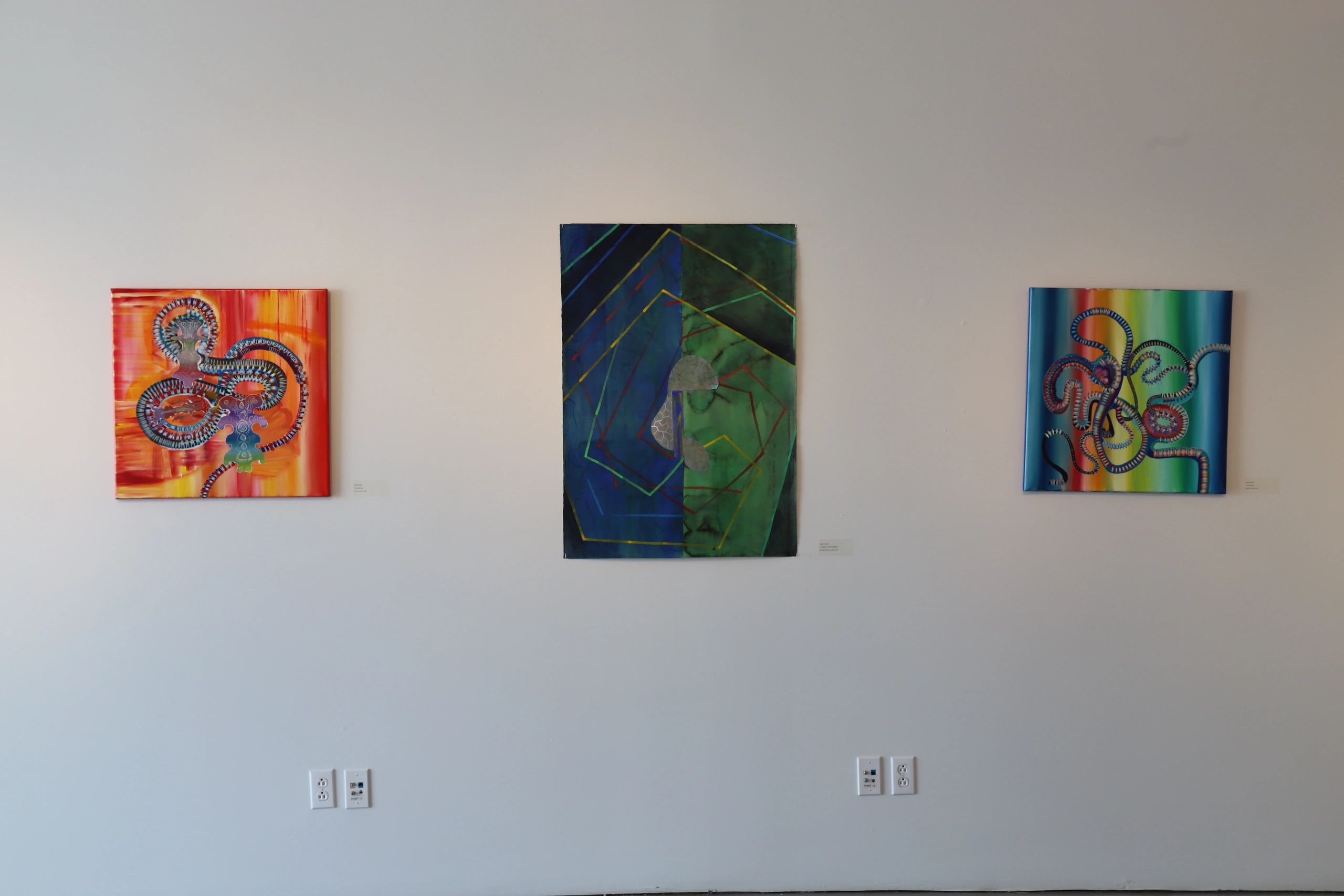 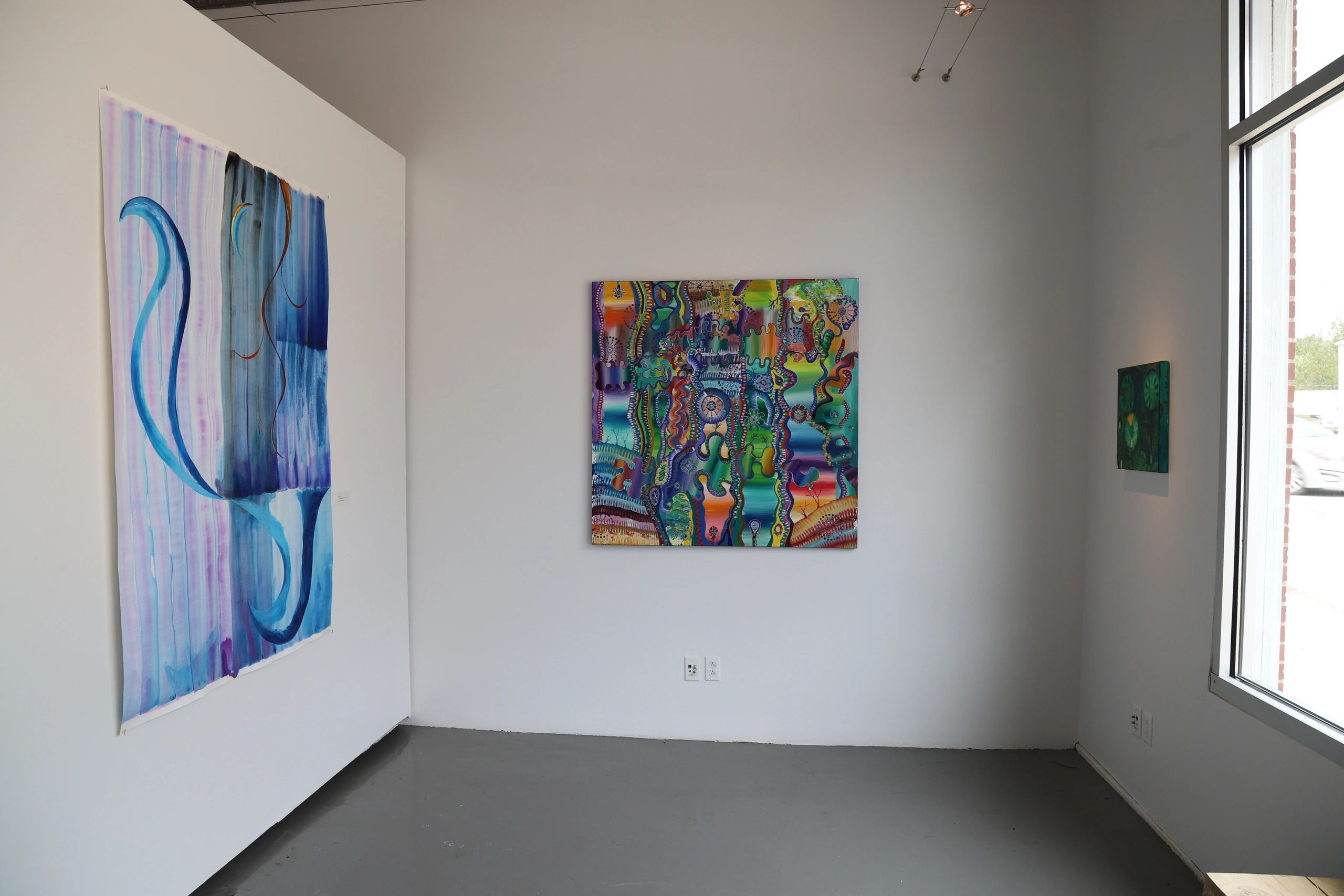 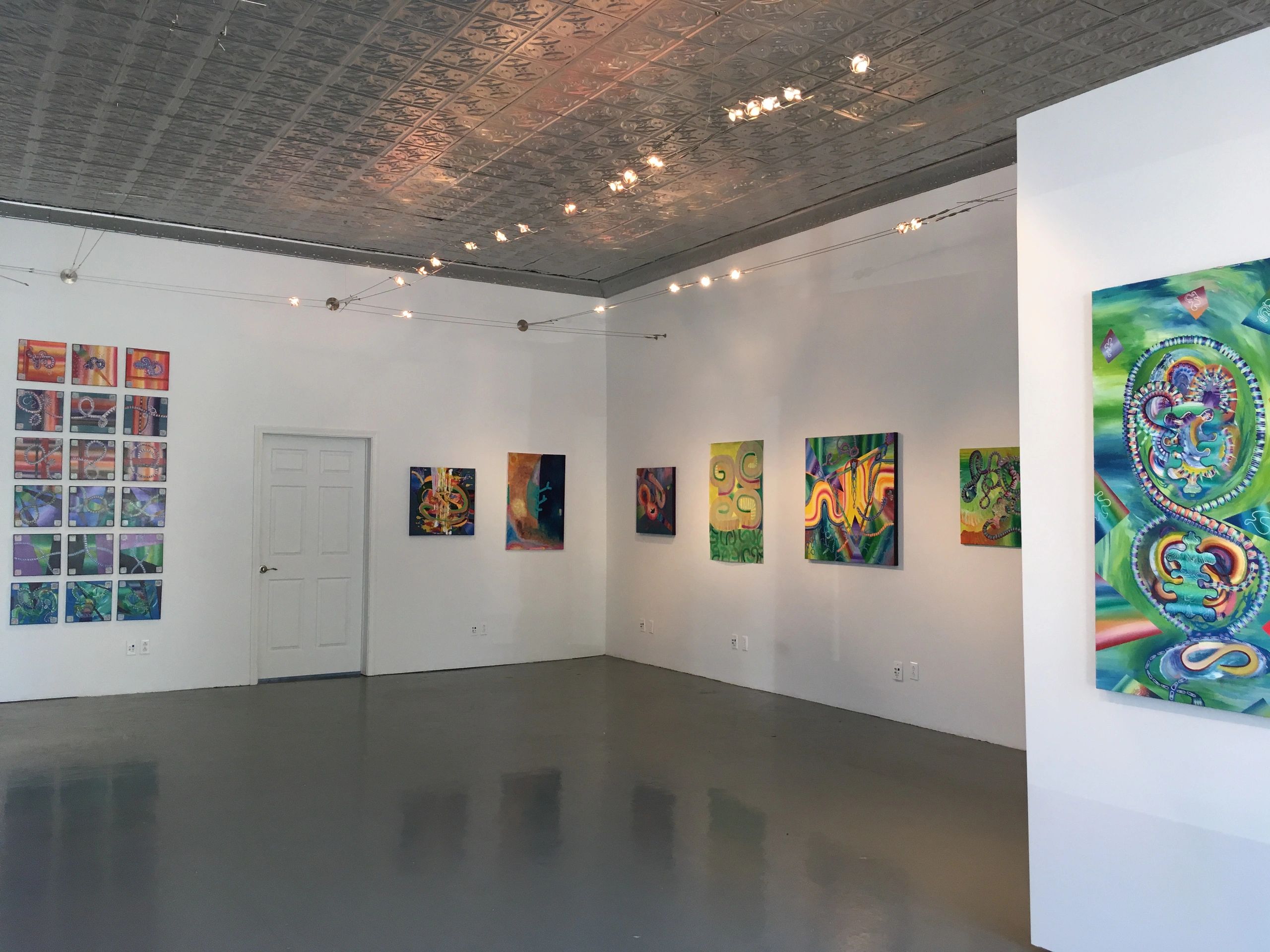 This video is an alternative gallery tour to Chasing Chaos Agnes is a poet, physicist, photographer, and hiker.

Agnes grew up in Germany and started writing poetry as a child. She wanted to be a pirate or a writer or an opera singer and ended up becoming a physicist. She spent a few years in California, Oregon, and England, and now lives in Rolla, Missouri where she teaches physics at Missouri S&T. After more than a decade of being unable to write in either language, she resumed writing poetry, now in English, in 2014. As a hiker and rock climber, she loves to spend time outdoors, and the human connection to nature is a central theme of her poetry.

The Summer We Spent Rolling in the Grass

Song based on a painting by Greg Edmondson. OAC Gallery Belle, MO, September 21, 2019.

This show was born out of the original Chasing Chaos ( round 1 ) hung June- July of 2019 at The Stone Spiral Gallery.

We are currently looking for space to continue this project. Check out the links bellow to see more work.